TANIUCHI Rokuro’s Works; from the covers of the weekly magazine Shukan Shincho
Taking a ride

In the TANIUCHI Rokuro Pavilion, we display the original paintings for the covers of the weekly magazine Shukan Shincho. Creating them was the life work of Taniuchi Rokuro (1921-1981), who produced 1,300 of them. Here we present a selection from that huge oeuvre of fifty paintings at a time, changing the exhibits four times a year. The choice of paintings is based on a variety of themes, with a new theme chosen for each exhibition.

In honor of the fact that 2022 marks the 150th anniversary of the opening of Japan's first railway line, the Shimbashi ~ Yokohama section (1875), we will focus on the cover art depicting the railway.
In the 1950s ~ late 70s, when TANIUCHI Rokuro was active, a railway network connecting the Shinkansen and conventional limited express trains was developed in various places to coincide with the opening and extension of the Shinkansen (1964).Against the backdrop of people's growing interest in travel, TANIUCHI's works also feature children going out by rail.
On the other hand, TANIUCHI also painted many nostalgic railway landscapes, such as steam locomotives and small abandoned railway station buildings in the mountains.Among them are works that reflect TANIUCHI's own memories of travels, trams and trains.When viewed together with the accompanying "words on the cover," the railway situation in the Japan of the 20th century seems to emerge vividly with nostalgia. 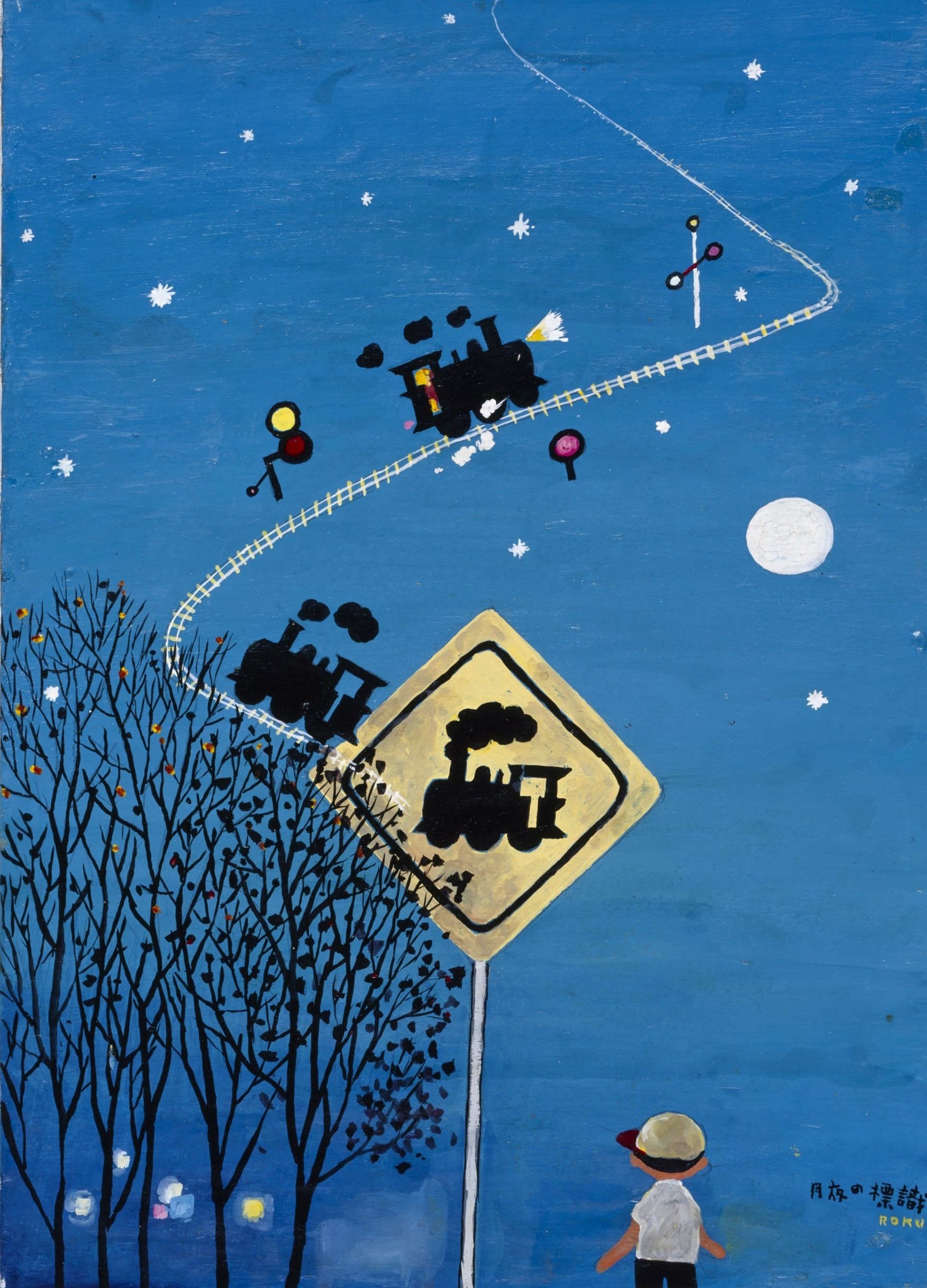